Let’s flashback to 2010 when Daphne did a shoot for Wunderkind Magazine with Marco Alexander.  Daphne was 82 years old here and we think you’ll agree it’s a great Autumn/Winter shot.  One we thought that’s worth looking at again.

For this flashback of this beautiful image we’re looking again at the interview Chanel Moye did for Daphne’s Modelling Agency Models 1.  So here is a flashback to it!

At 82 years old (in 2010), Daphne Selfe is Britain’s oldest working fashion model. Currently the face of Wunderkind, Daphne is still bursting with the energy of those 20 years her junior. With an enviable line up of editorial credits; Vogue, Harpers Bazaar, Italian Vanity Fair, Tatler, The Observer, The Times, and the independent to name but a few, Daphne has been an inspiration for many.

She has been a regular model for Dolce and Gabbana, appearing in shows and look books as well as campaigns for the mainline and their D&G label, and has also been chosen as one of the faces of Nivea.

A strong believer in Yoga, and still a regular traveller, Daphne is one woman we could all definitely learn a few tips from!

Models 1: Wow, 60 years modelling! Fashion has changed drastically over the years. How has the industry changed in your opinion? Flashback 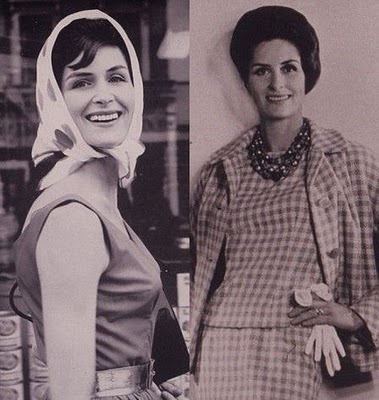 Daphne: In the 50’s we would never go out without wearing gloves & hats. We would never dream of wearing some of the things that are worn now. There were very obvious changes in trends, not so much variety. I always followed fashion but only wore things that would flatter me. Clothes were a lot more wearable then, what you saw on the catwalk was easily worn on the street, now they’re are often unwearable. There was not a lot socially outside of fashion, I was always so busy doing other things. I used to go straight home after work to ride my horses and dance, and did not have much time to socialise with other models.

M1: How did you get into modelling?

D: After school I set up a riding school with a friend, and attended hunts and hunt balls. I then left this to start another job that did not turn out to be what I expected, so I came back home and eventually got a job at Heelas (now John Lewis) through somebody my mother knew, working as a fashion assistant in the coat department.

There was a competition happening in Reading to be on the front of a local magazine. I approached the photographer (along with a lot of other girls working in the store). He took a liking to me and I won. It turns out he knew my parents when I was 2 from the operatic society when parents previously lived in the area! I went on to assist and model for him on and off for many years. This was when colour photography was coming in, so there was a lot of experimentation. Whilst still working at Heelas they were short of a girl for a show, so I was persuaded to do it.

After attending Gaby young agency for training, and modelling in-house for 18 months, I went freelance. As well as fashion, I modelled for products such as bacon, gin, biscuits, and wine. I never got to do Paris. Being 5’7″ I was never tall enough. I once did a casting for Hermes but was told I was too short.   Flash back

Flashback – When It’s Time To Take A Break

M1: You took a long break in your fashion career, and it wasn’t until turning 70 that you got back into modelling. What did you do during this time?

D: When my children were born I needed to be more flexible, so I went back to modelling in store. I would walk around during coffee, lunch and tea, talking to customers holding a label so people could see I was wearing clothes by the designer. The job was perfect as I only worked 3 days a week from 10-4, while the kids were at school.

When I was 40 I tried to get back into fashion modelling, but was turned away for not being ugly or strange enough. This was when the likes of Twiggy were big. I began instead to work as an extra on films and TV including 3 Bond movies, Sliding Doors and Agatha Christie’s Miss Marple.

It wasn’t until I turned 70 that I got back into modelling, when Red or Dead wanted older models to walk for their show. I was then approached by stylist Jo Philips at Red or Dead suggested i go to Vogue, who were doing an article on how do women feel about aging with Nick Knight shooting the story. At the shoot, the scout for Models 1 suggested joinging the agency. It was strange, having been an average model when I was younger to going straight to the top when I was 70. You could say it took a lifetime to become an overnight success.

M1: Working with the likes of Nick Knight, Mario Testino and Rankin, and for designers like Dolce and Gabbana, you must have had some amazing experiences. Do any stand out for you in particular?

D: Working on the D&G shoot in West Wickham Park was wonderful. Mario was lovely, and remained calm throughout the shoot, despite the fact that there were chickens, dogs, horses and children to control. He handled it all very well. Flash back

I have also been lucky enough to travel to some amazing places like Milan, Cuba, Marrakech, South Africa, and Berlin, which was particularly interesting as I had been there 10 years earlier and so much had changed. It has become very fashionable now.

I once had to carry a cup of tea while riding a polo pony, wearing Ralph Lauren clothes for Tatler. Another time I had to have a tea party in the snow near Alnwick for Laura Ashley!

M1: Who do you feel has been a big influence in your life?

D: Gilbert Adams, the photographer I first worked with was a big influence. He taught me everything I know.

D: I enjoy Sewing, gardening, painting, meeting friends, reading.. I watch a fair amount of TV but only what interest me like documentaries on steam engines, and I love to visit large houses and the wonderful the gardens.

D: I’m just lucky. My mum is Irish, I take after her and my grandmother. When I was younger I had dark hair, blue eyes and strong cheek bones. My father was always very thin, I got that from him. I exercise most days through gardening, yoga, and walking (especially around London). I used to cycle but not so much anymore as I find it too stressful now.

M1: Your modelling C.V is a difficult one to beat! What’s next?

D: I don’t know.. I’ve learnt over the years that if you don’t get a job or if one falls through, just move onto the next. It’s not worth getting worked up about. At the moment I’m just taking it as it comes.

Wunderkind is an annual arts magazine featuring the work of young artists under the age of 25 years old.

Did you see the last Daphne News: Shy One? If not you can catch it HERE

Is There A Place For You?

Hair As You Get Older

The Way We Wore – Book

The Oldest Professional Fashion Model in the World